'Blinded' is an original short animation film about wildlife disruption due to wildfire caused by climate change.

'Blinded' is an original short animation film about wildlife disruption due to wildfire caused by climate change. Motivated by bringing greater awareness to wildfire and climate change around the world, this short film aims to help the audience be more conscious of individual acts and energy consumptions. Check below for more concrete ways you can contribute to slow down climate change and save wildlife & ecosystems starting today.

Things you can do starting today to save wildlife & ecosystems 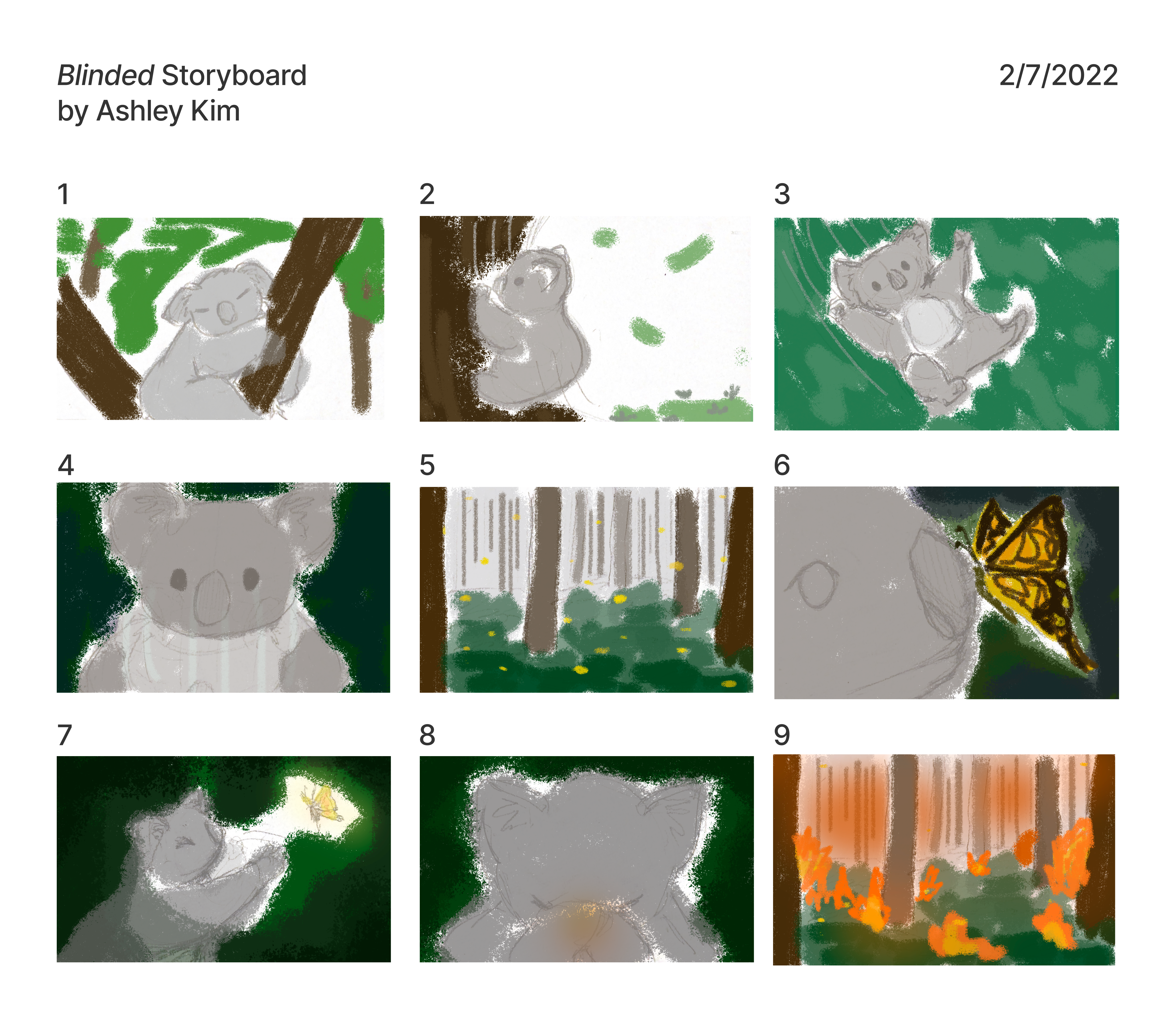 I first developed the storyboard inspired by the sad news of Australian forest fire and the lack of habitat the wild Koalas experience due to climate change.
At the time of story development, I was watching a drama called Nevertheless, which depicted and utilized butterfly as a magical/mystical yet dangerous metaphor. This drama inspired me to use butterfly in a similar sense for the short film.
We then collected relevant images online and created our moodboard for the short film. We even watched live stream of Koalas in San Diego zoo! 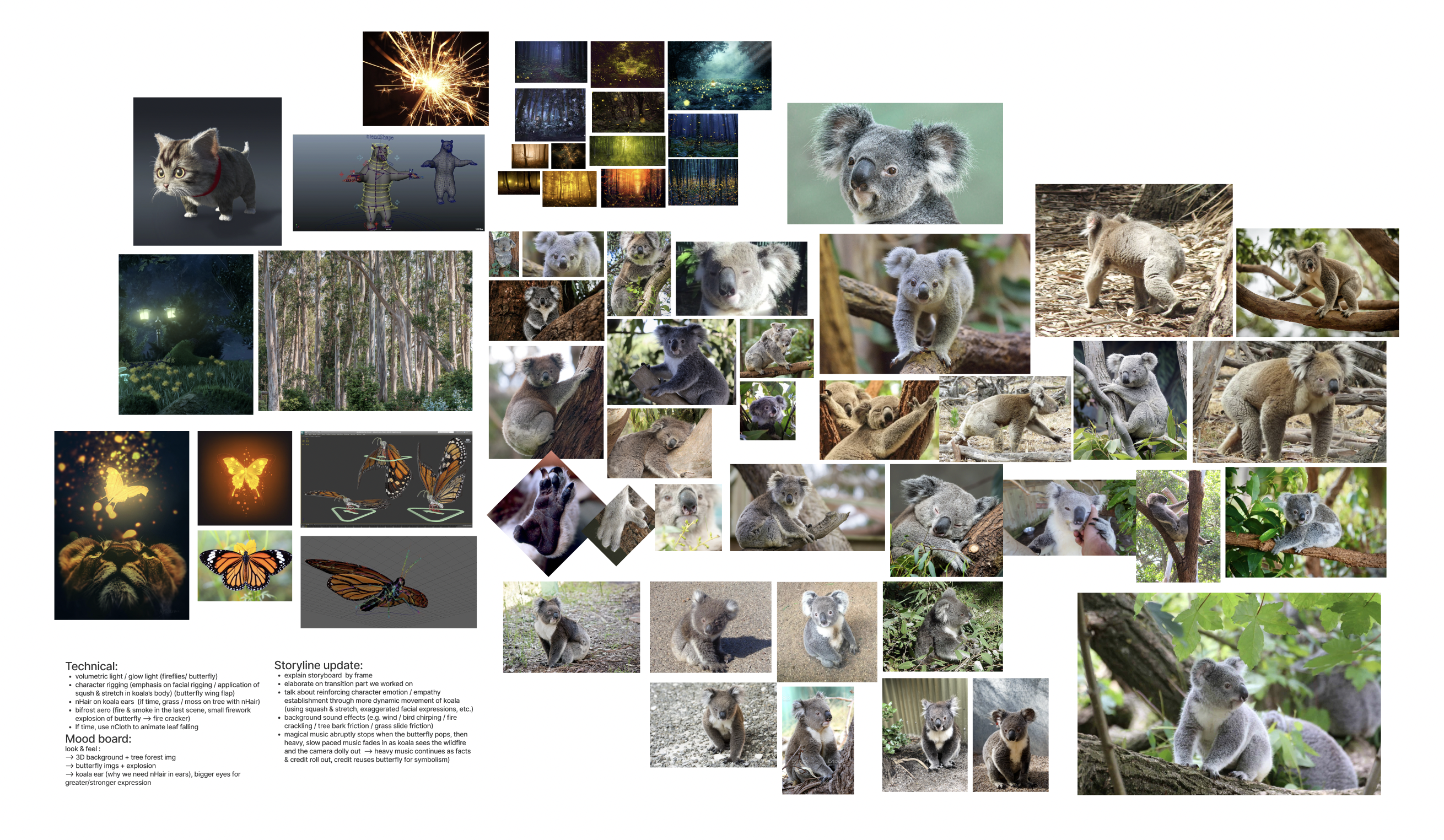