Rhino Grasshopper
A set of practice renderings made with Rhino 3D Grasshopper plugin. 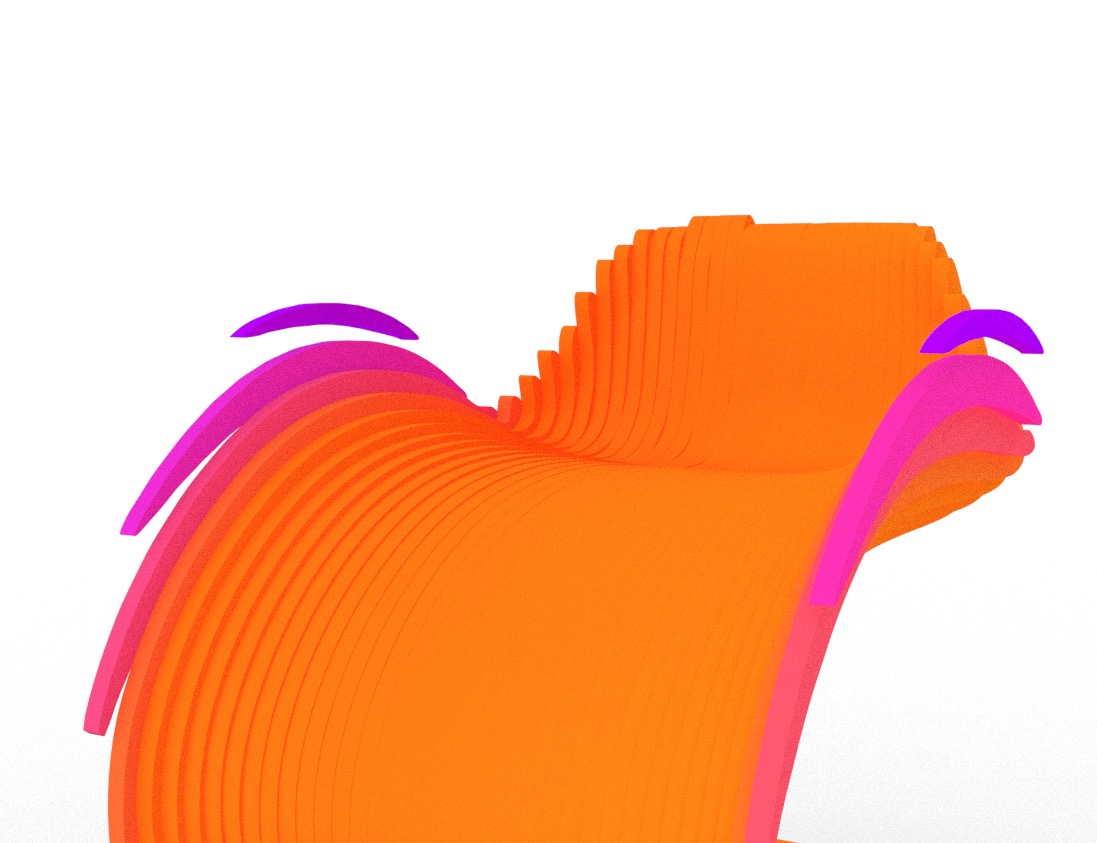 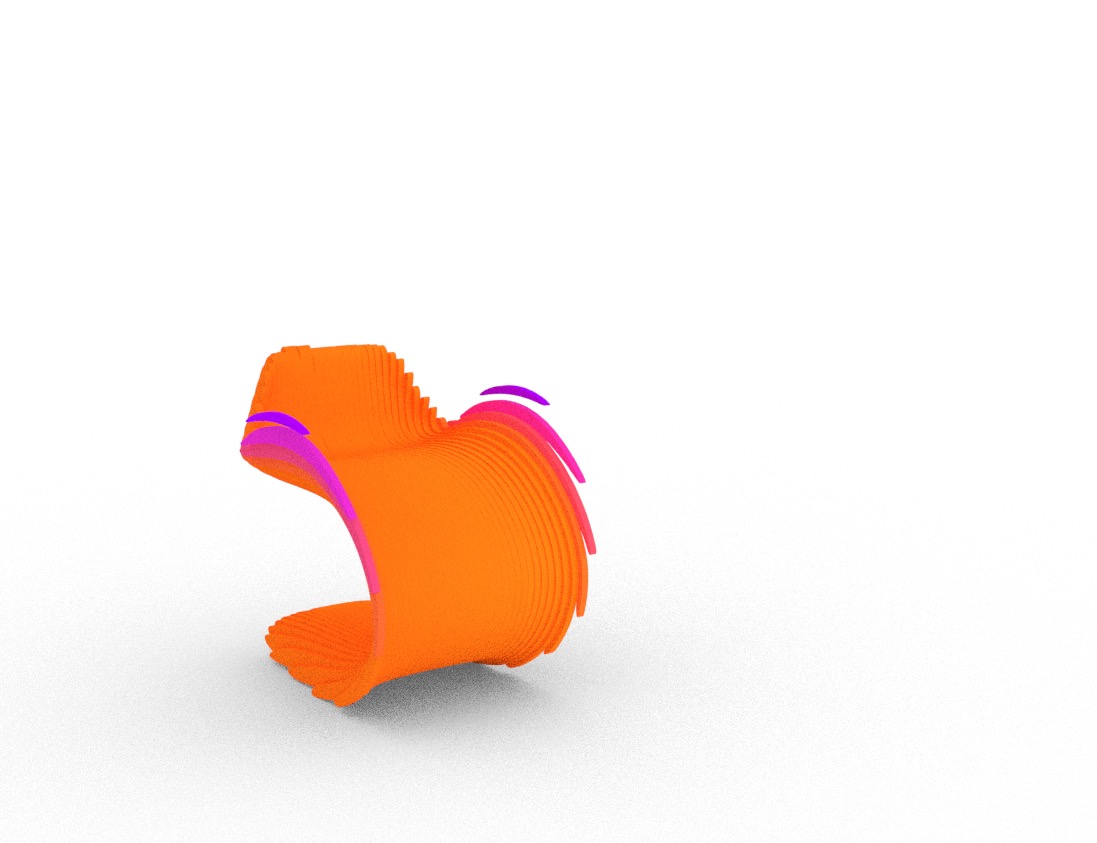 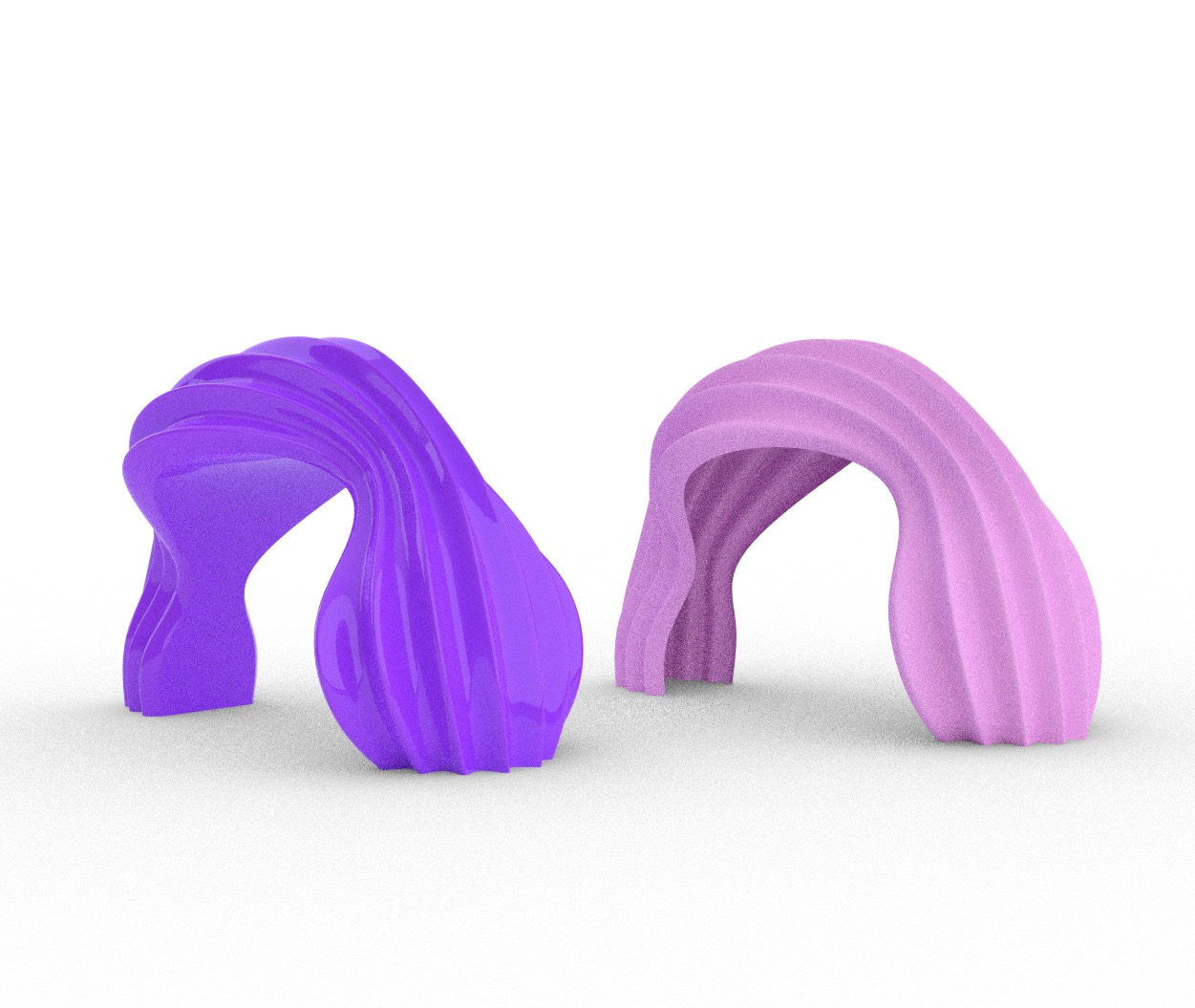 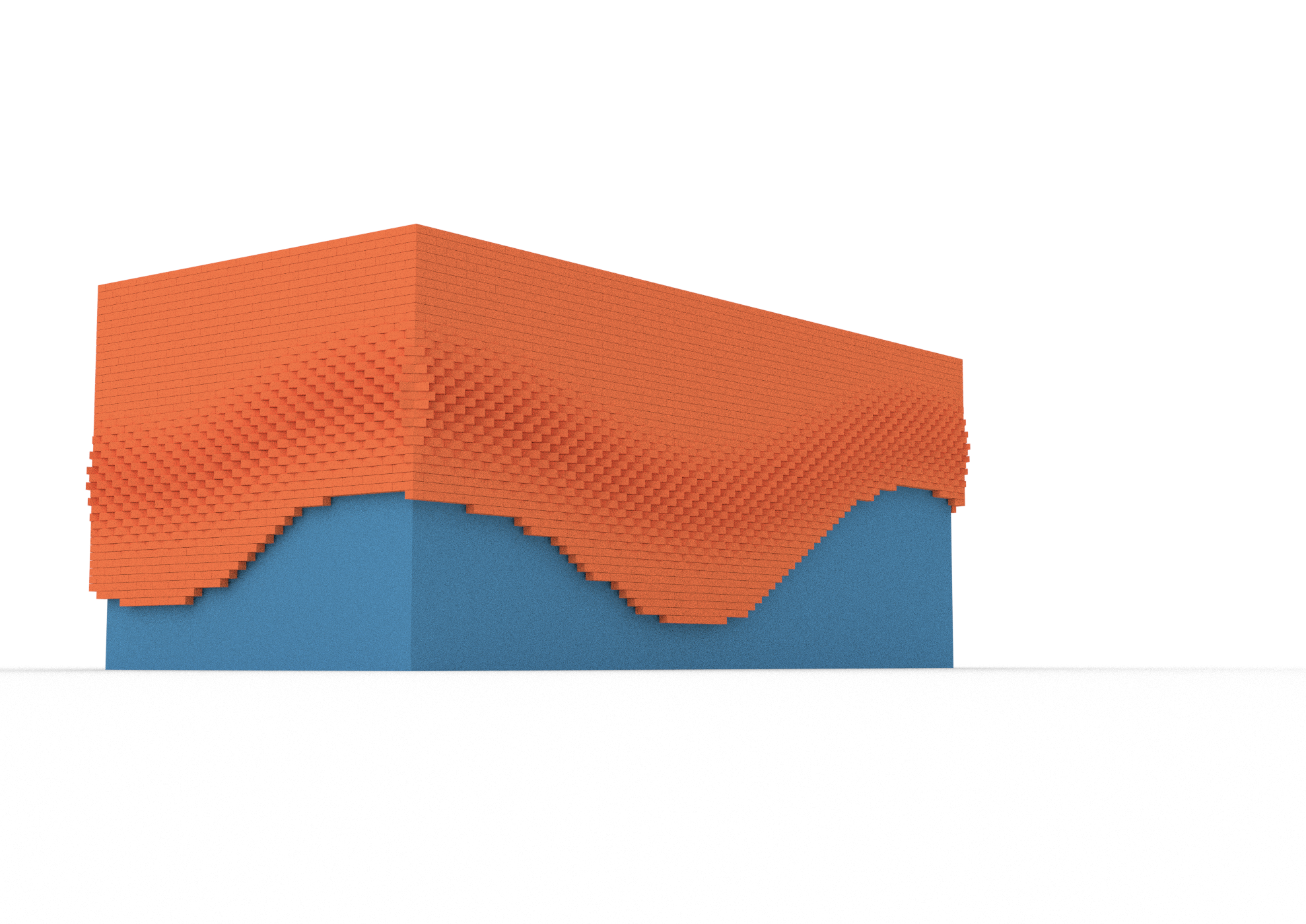 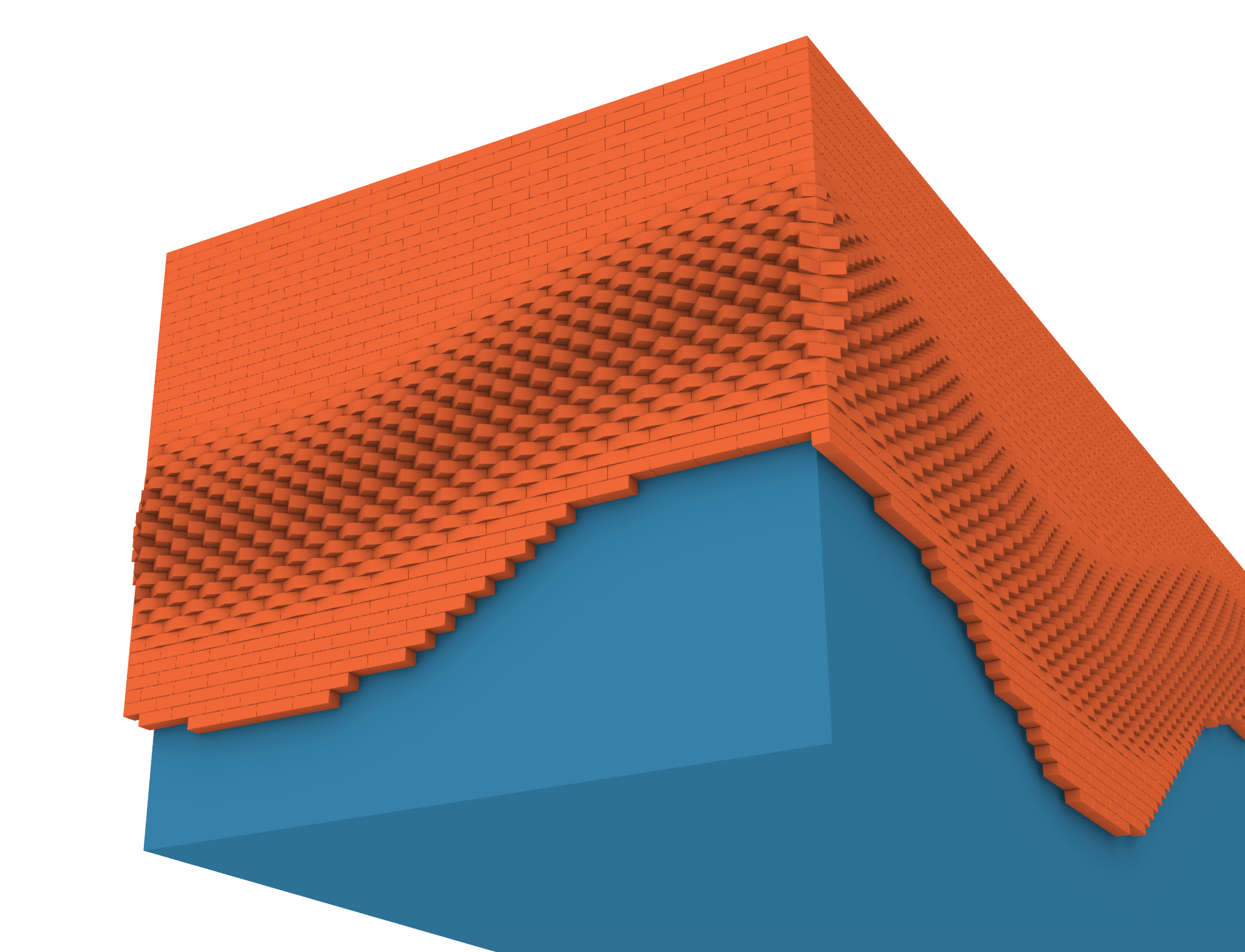 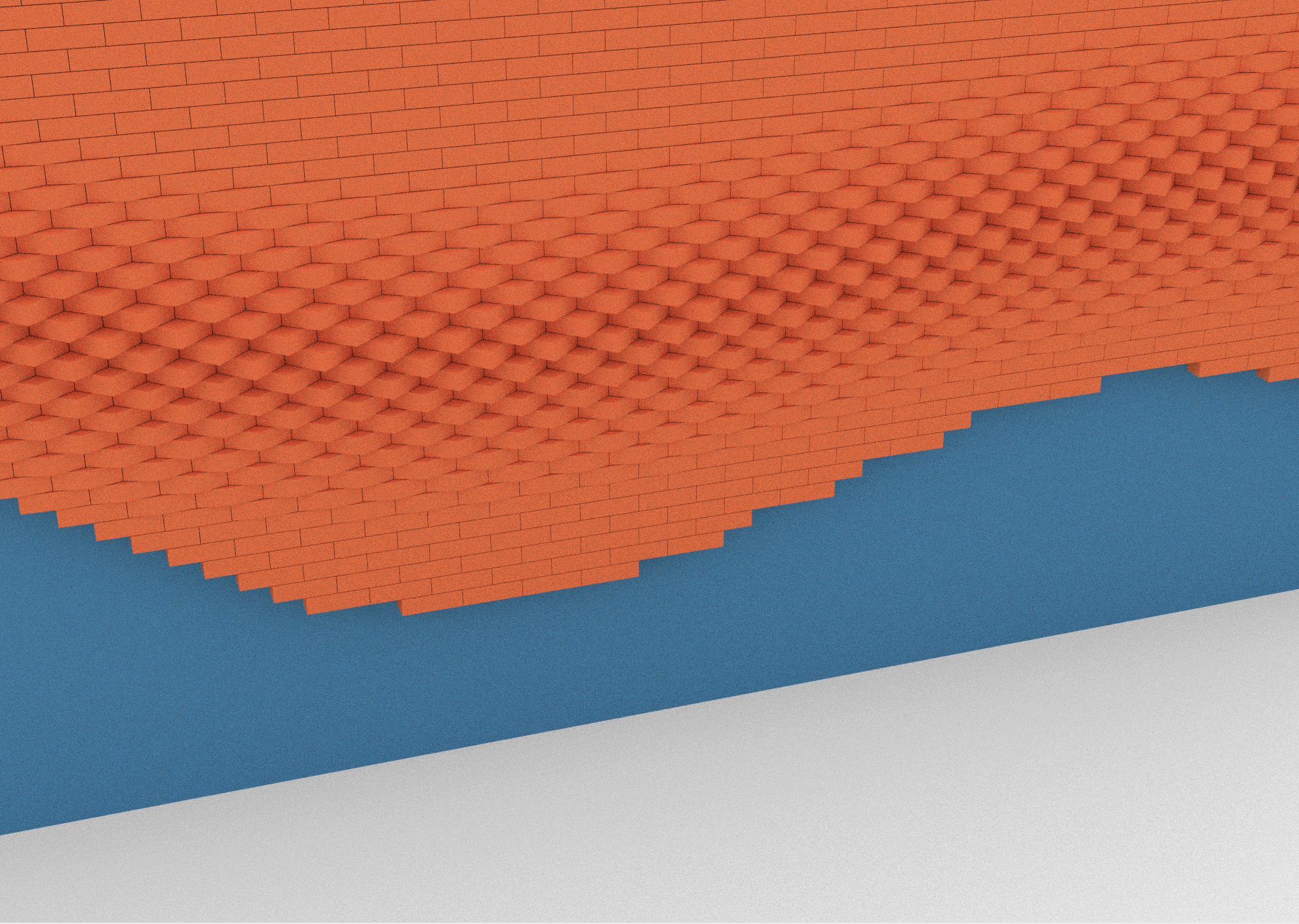 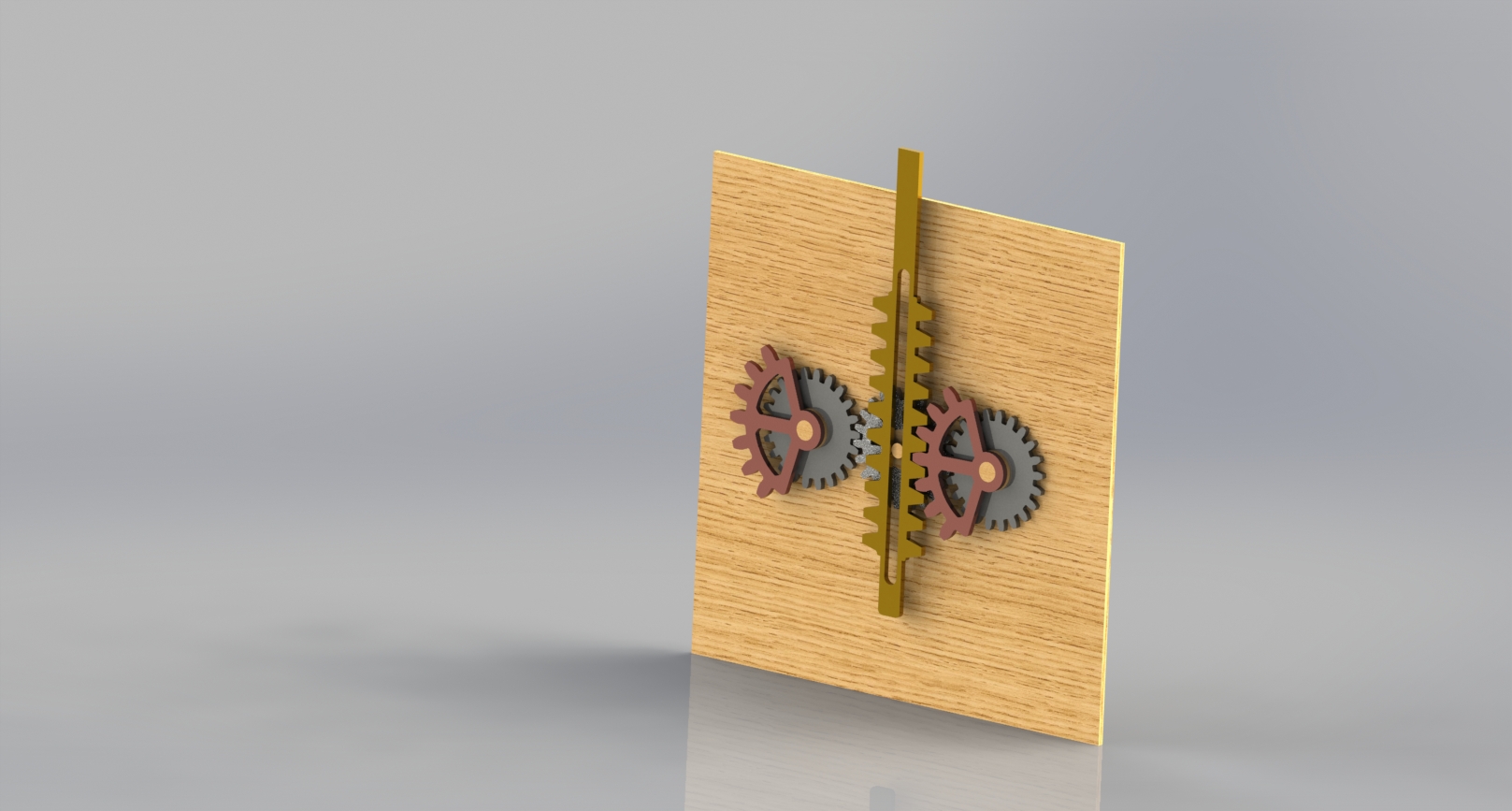 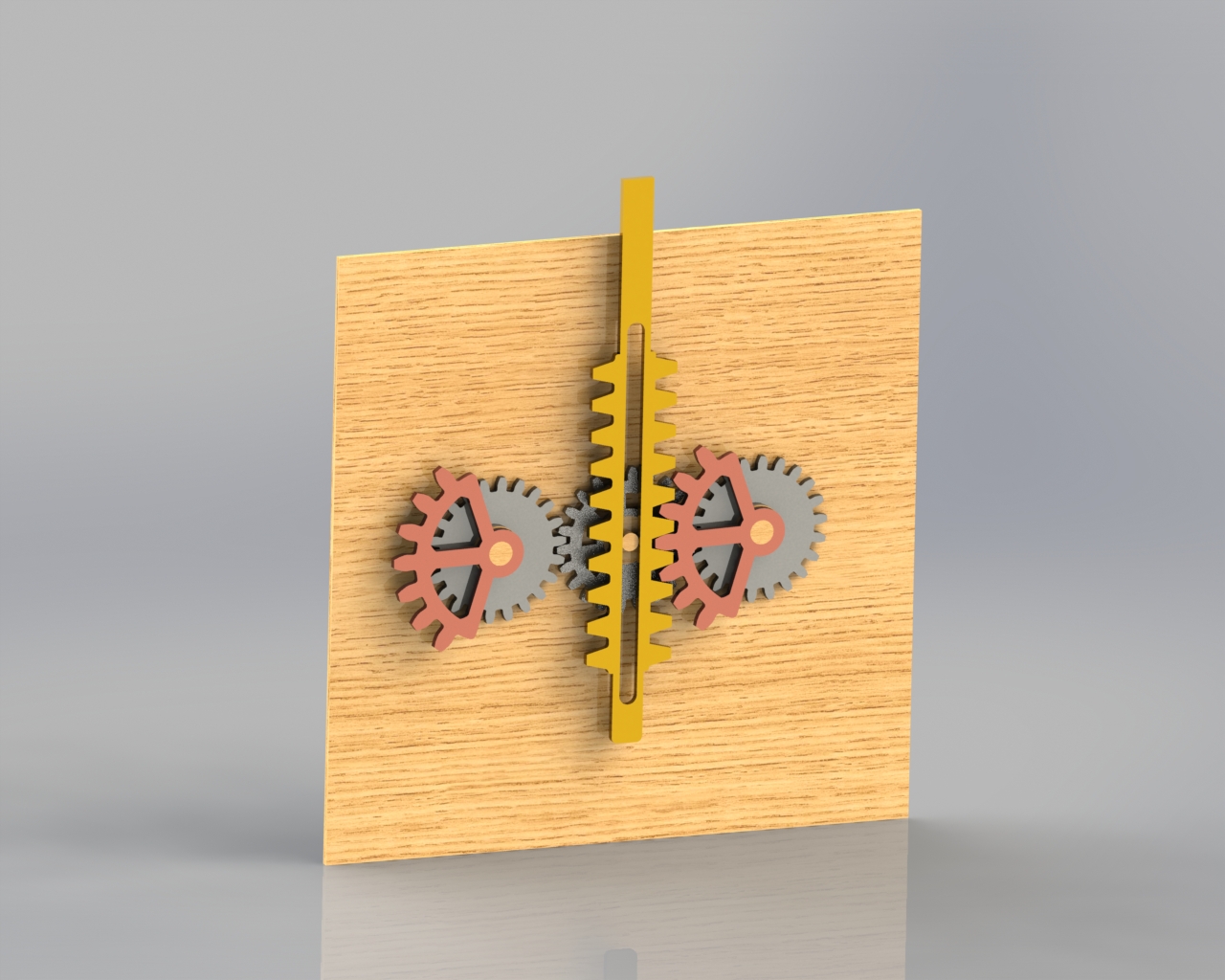 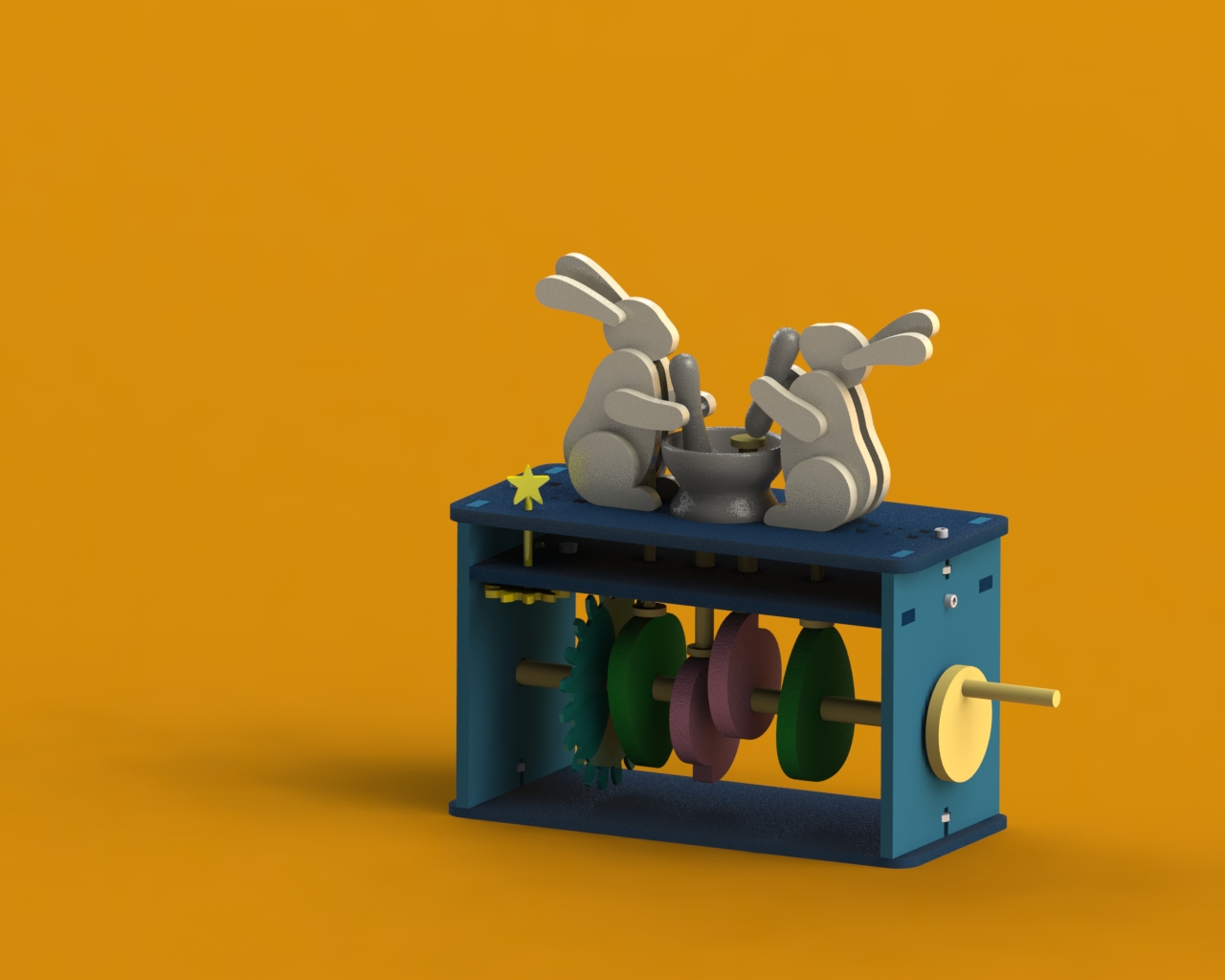 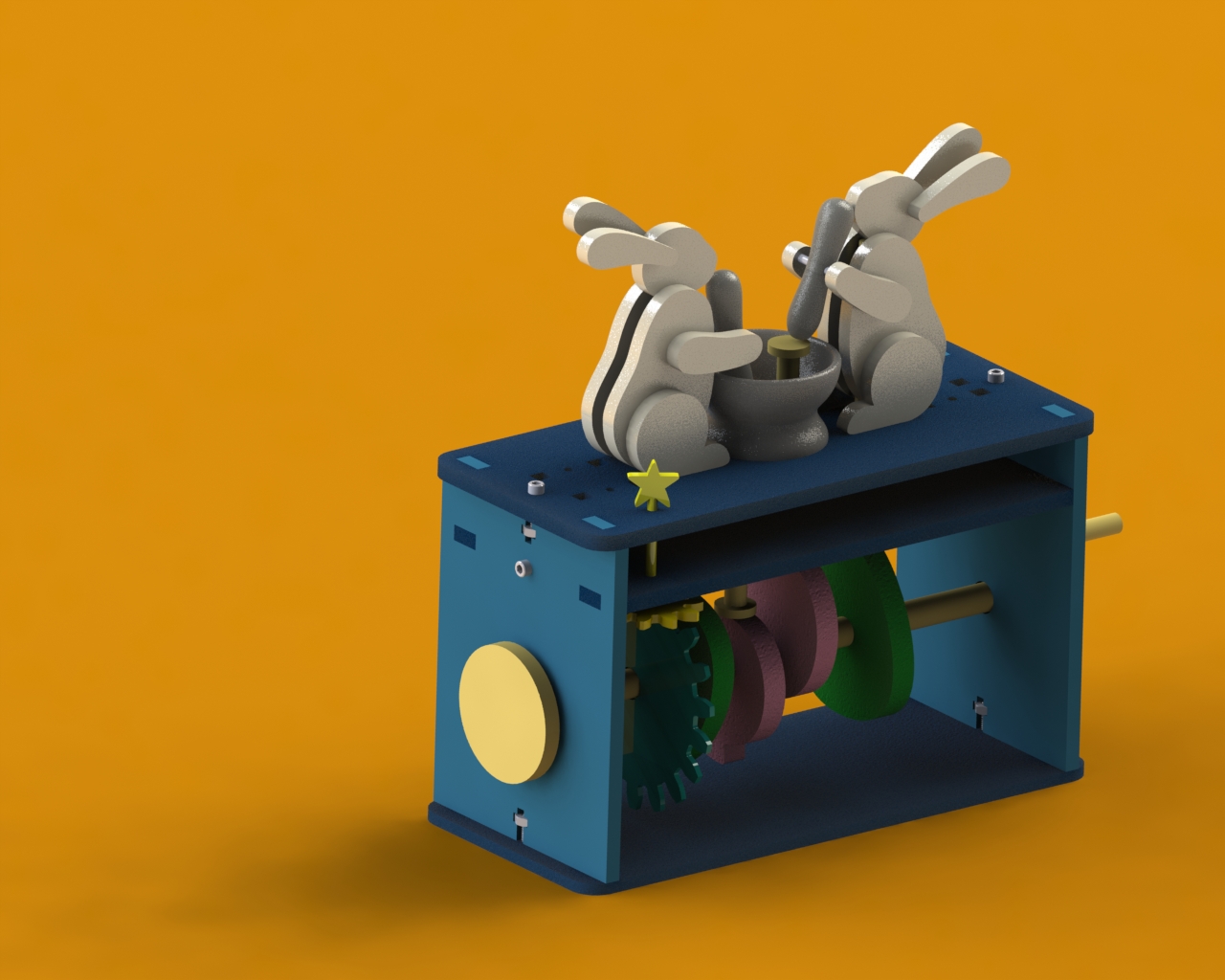 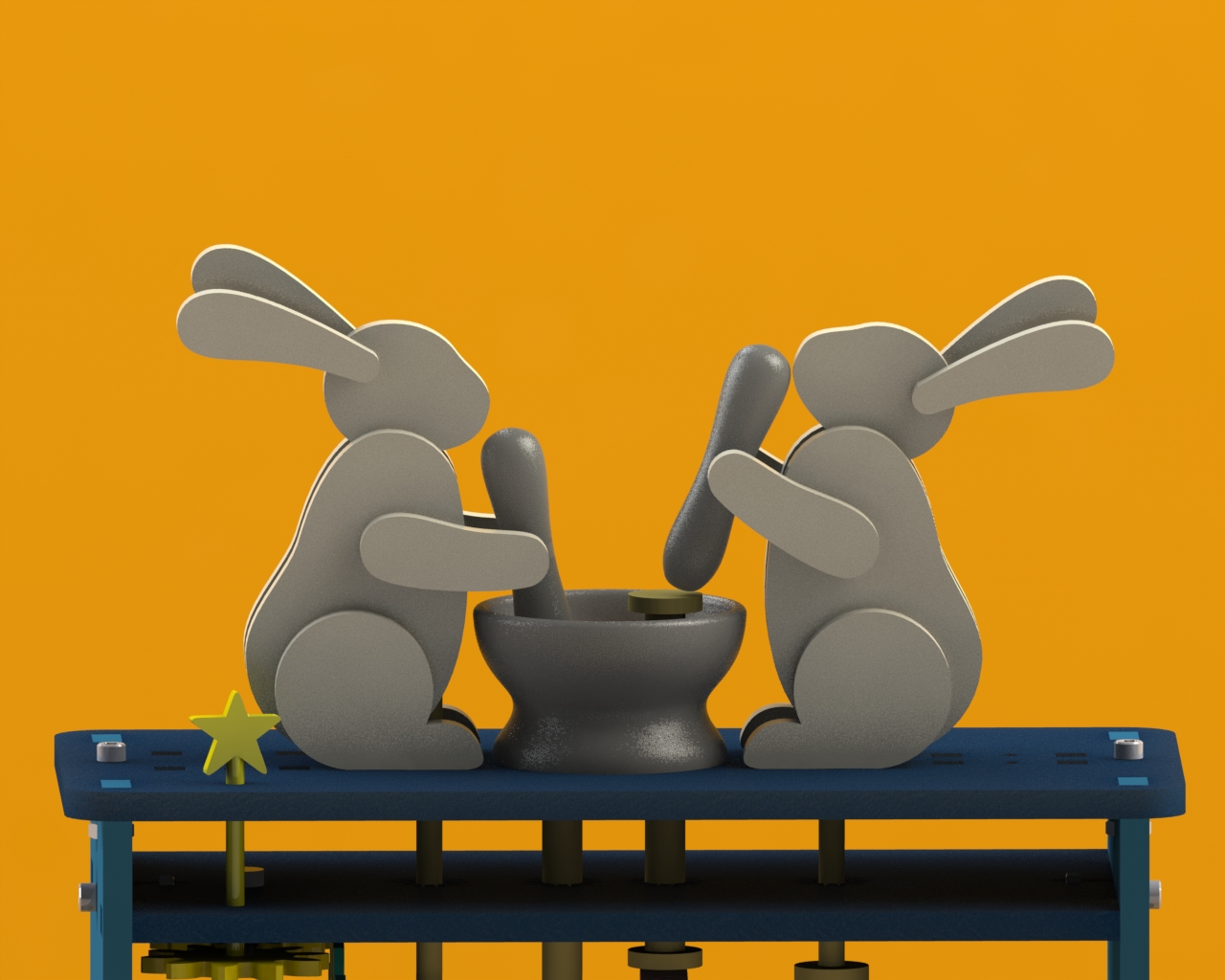 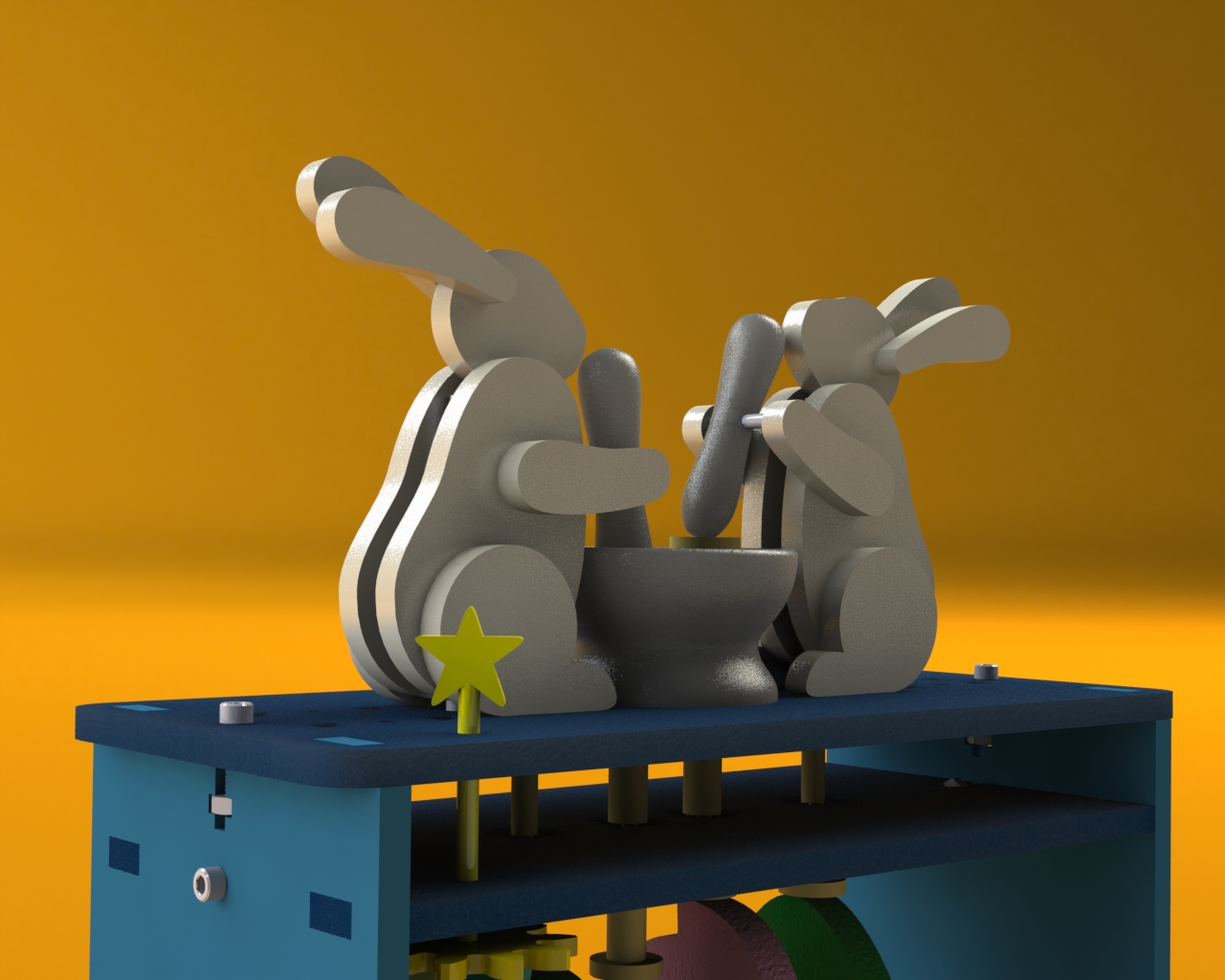 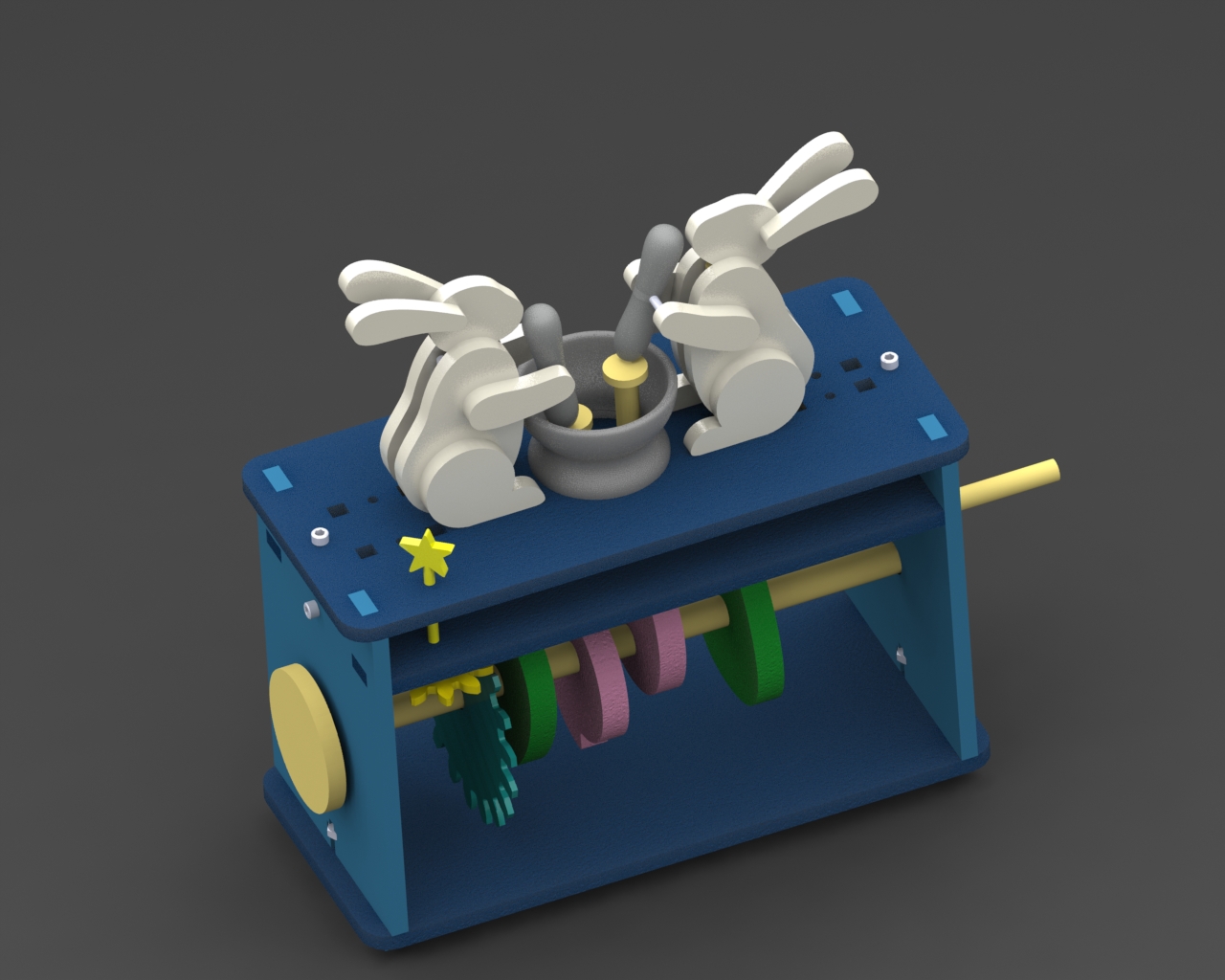 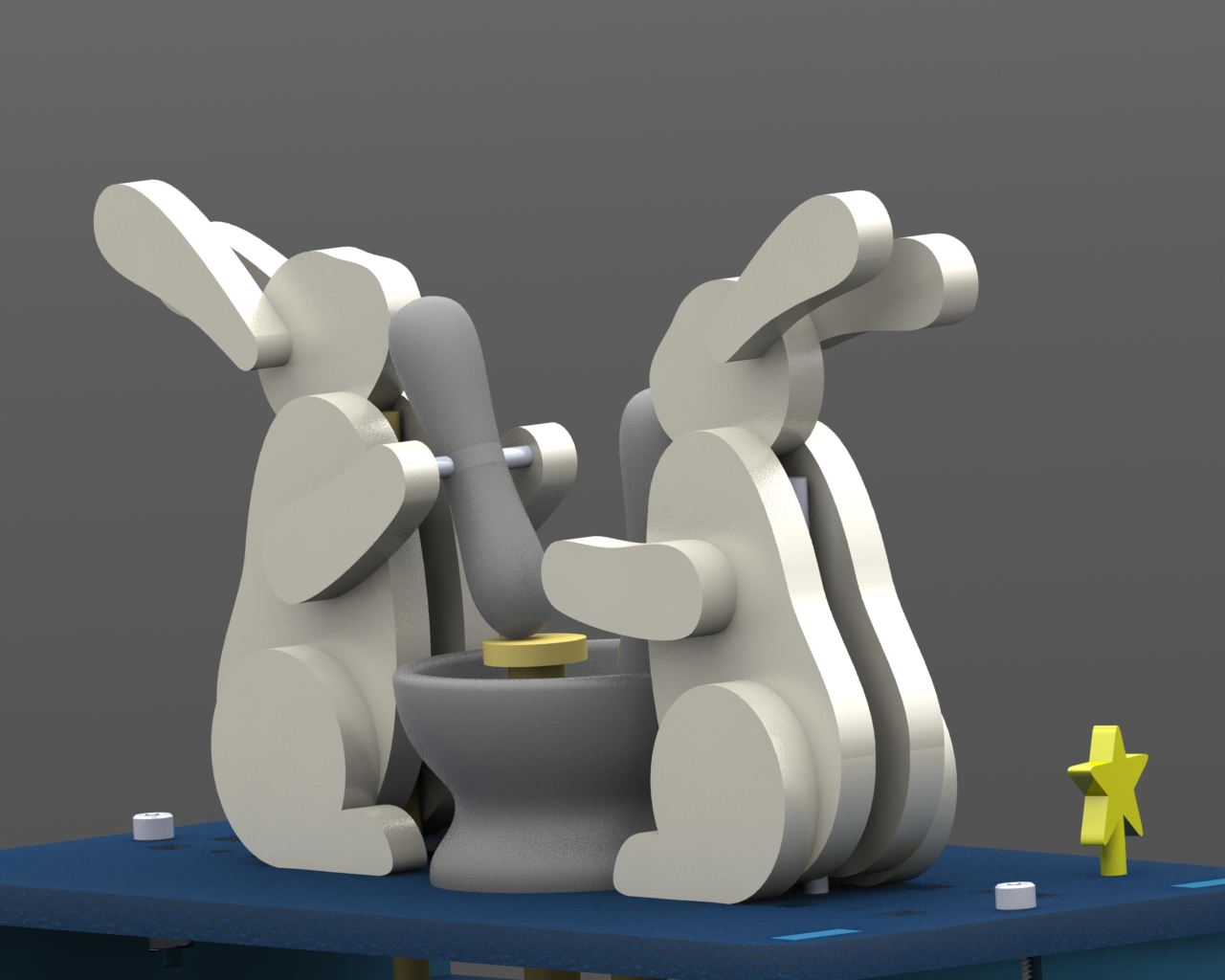 This is a model of an automaton that uses cams and gears to bring life to the two moon bunnies making rice cakes using Jeolgu, the gray pot in the middle. I was inspired by a Korean traditional fable about rabbits living in the moon making rice cakes. The automaton mimics the motion of hitting a rice cake dough in a Jeolgu (a type of traditional Korean mortar and pestle set).
Ardunio-controlled 8x8 LED 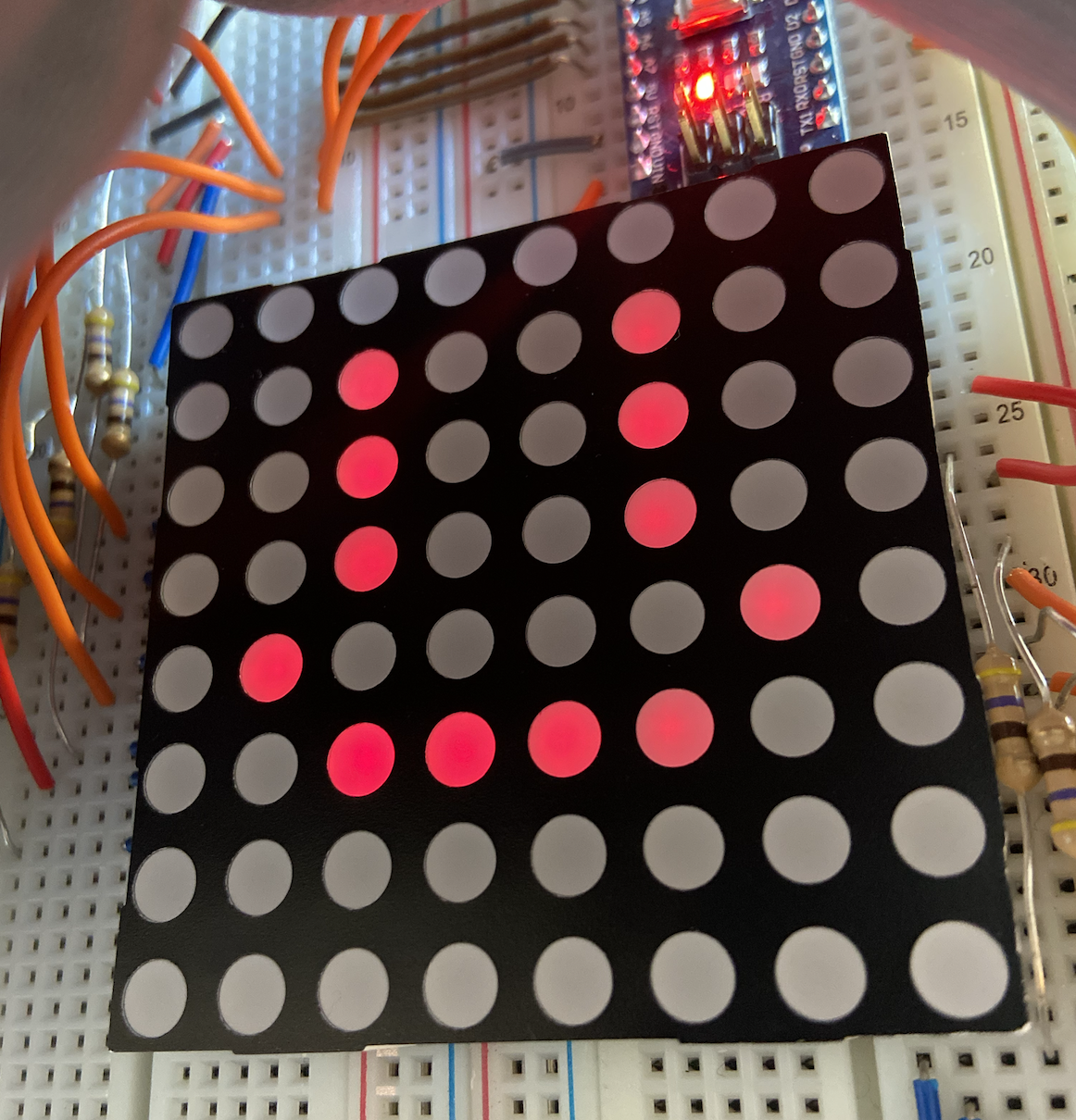 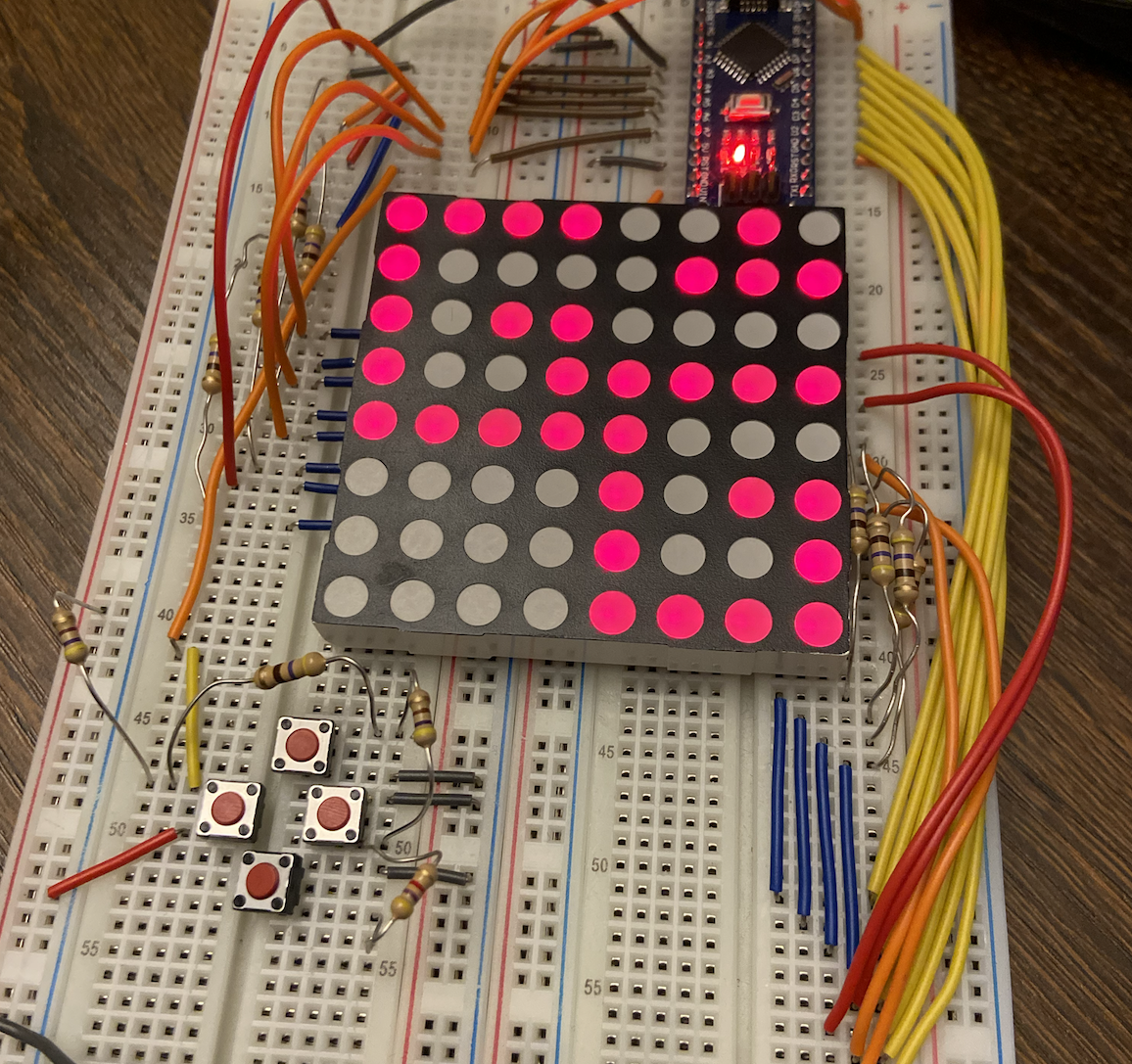 I wrote a code for wrap-around snake game in Ardunio. The four buttons are controlled by one analog pin. Which button is pressed is detected by the amount of current flowing to the analog pin, as the buttons are sequentially connected with resistors. The end state shows 'GG' and an arrow pointing at the reset button for another round of game. This version of the game doesn't have a concrete win state, but it can be easily added by modifying few lines of code.
Mini Gallery (2022)
Media List: Plywood, Clear PVC Sheet, Plastic Capsules, found objects 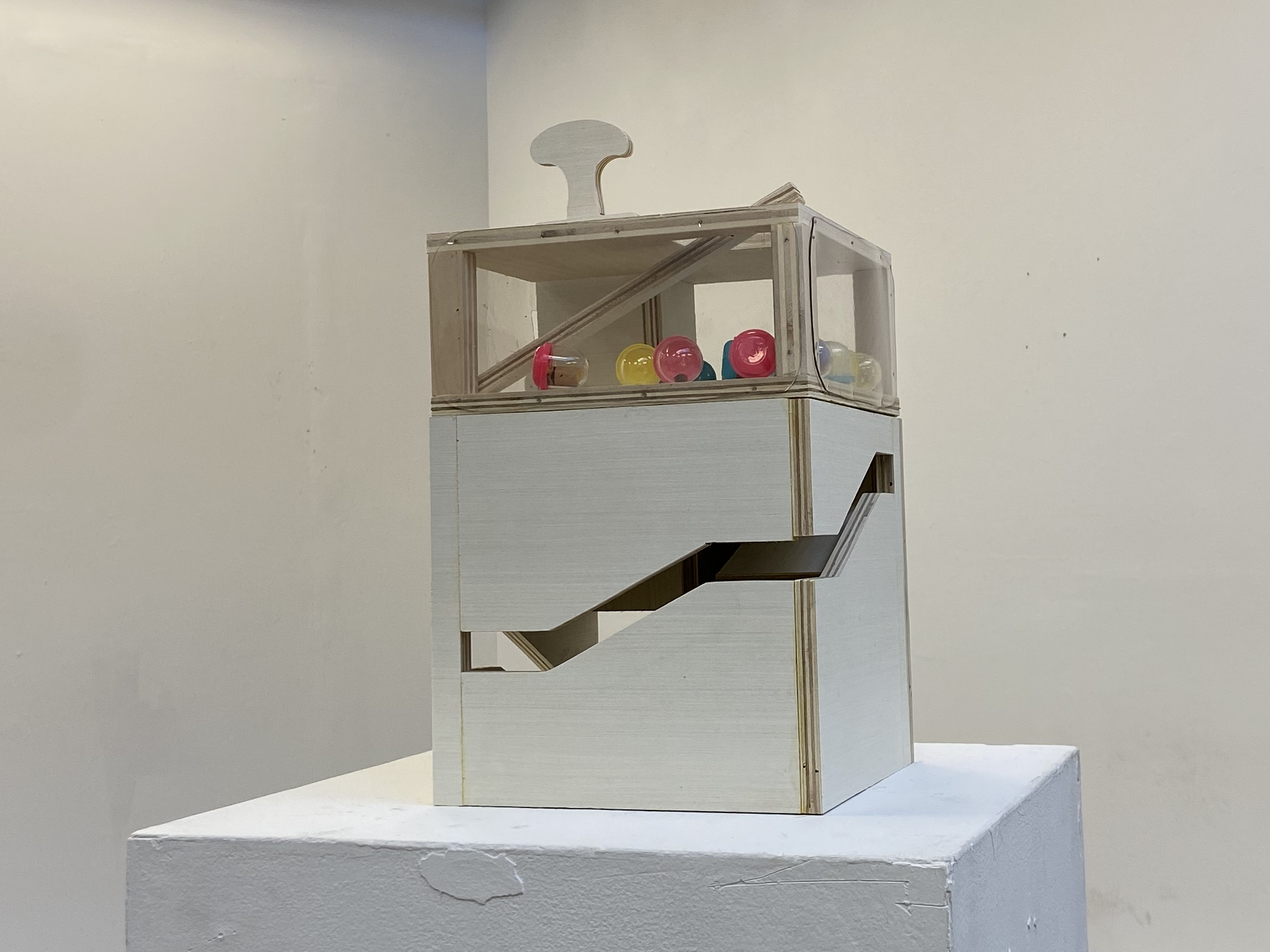 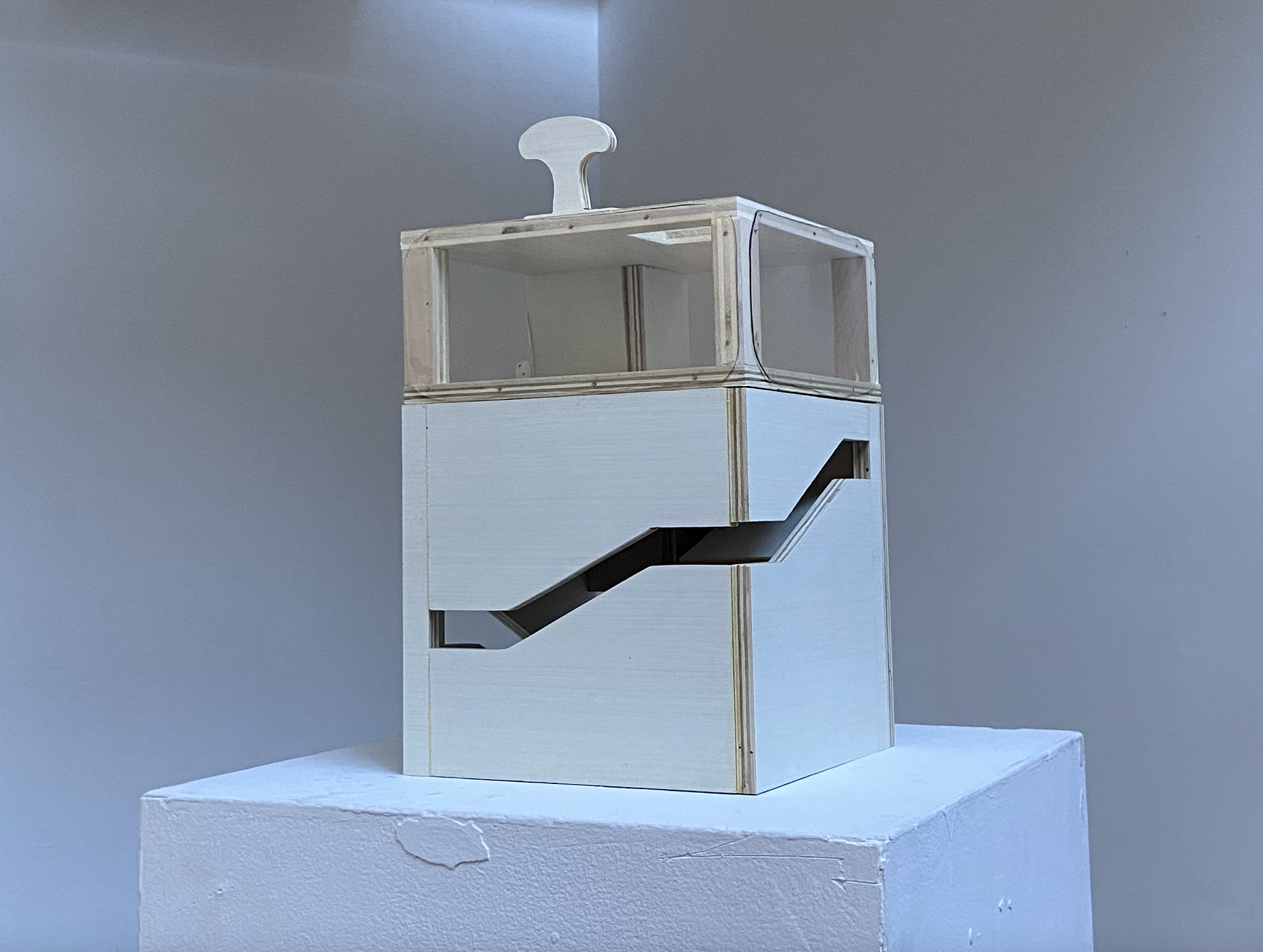 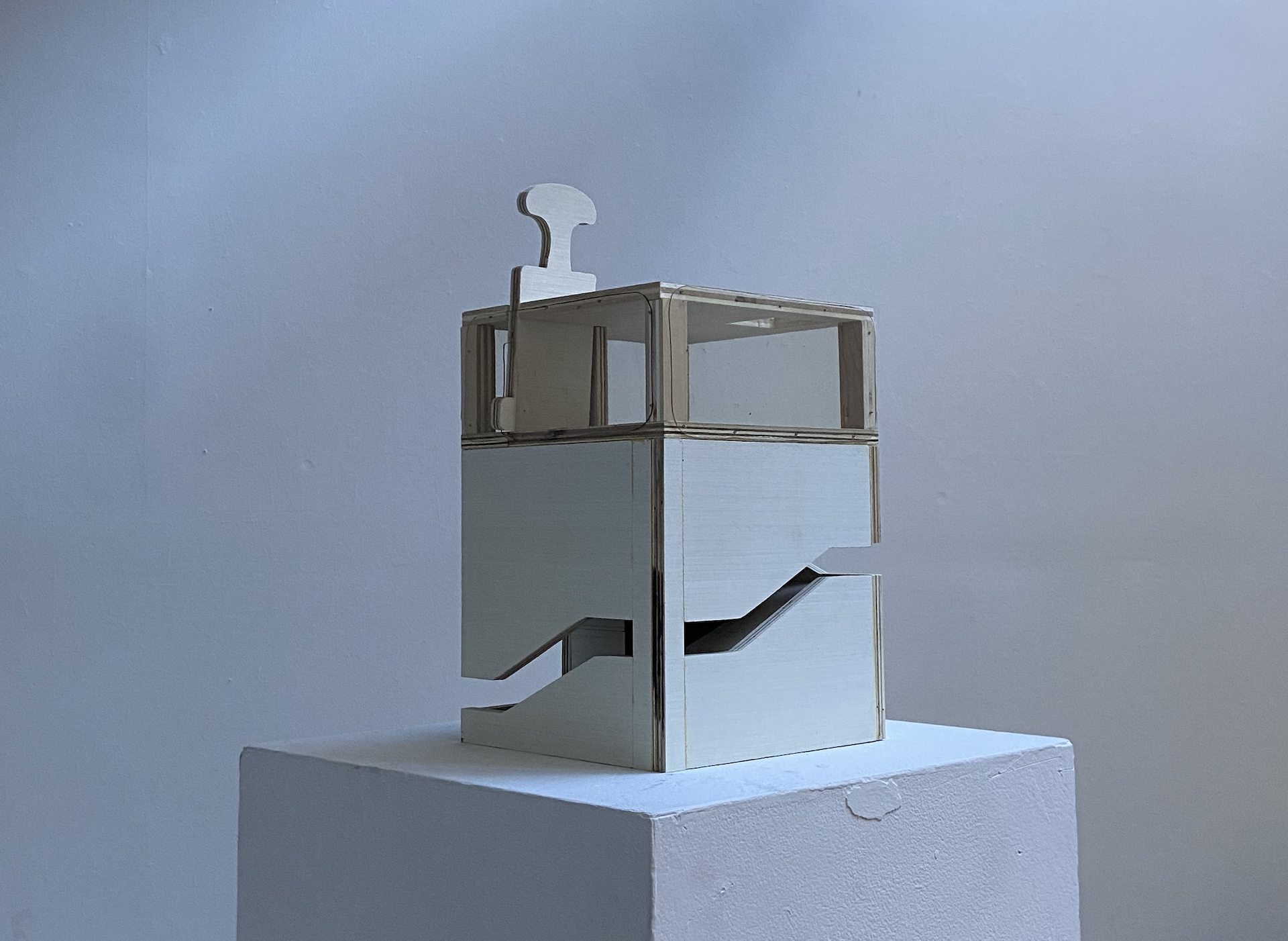 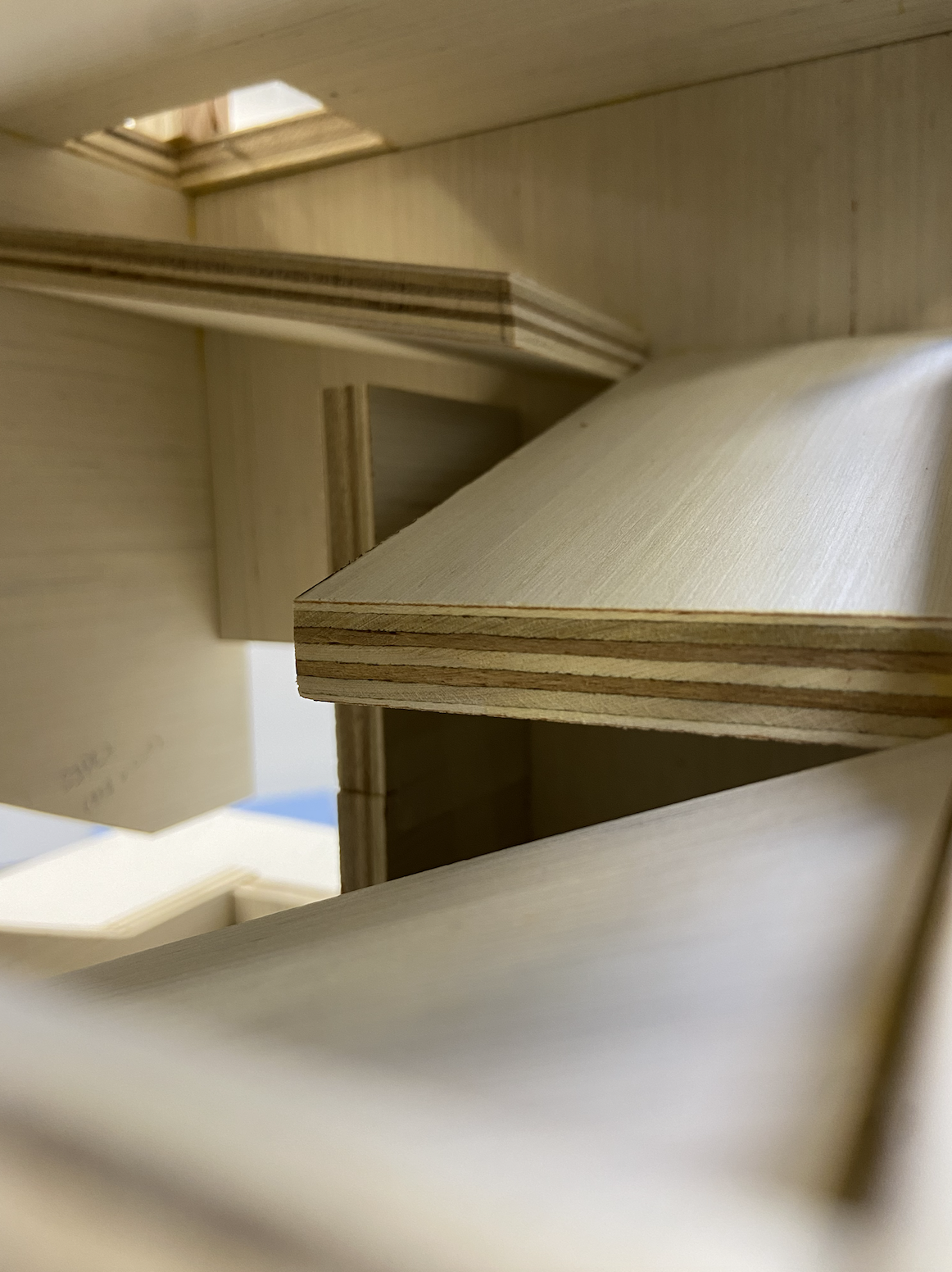 Gallery space doesn’t have to be confined to what we so call a ‘white cube’ space. Art can be displayed and curated through various means, including the toy capsule vending machine. Inspired by the childhood capsule vending machines I often used to collect a series of toys, I built an interactive piece that invites the audience to touch and pull the slider to have the work present each capsule that encloses a different piece in a collection. From a holistic perspective of the collection in a bundle of capsules inside the machine to an individual inspection upon drawing each capsule away from its exhibition space, Collection Capsule Vendor allows the audience to approach and explore the works from new perspectives.

For the first presentation of this mini gallery space (first photo), I selected a theme of ‘Mark-making’, where each capsule in the machine contains a different medium that can be used to leave a mark for various purposes. 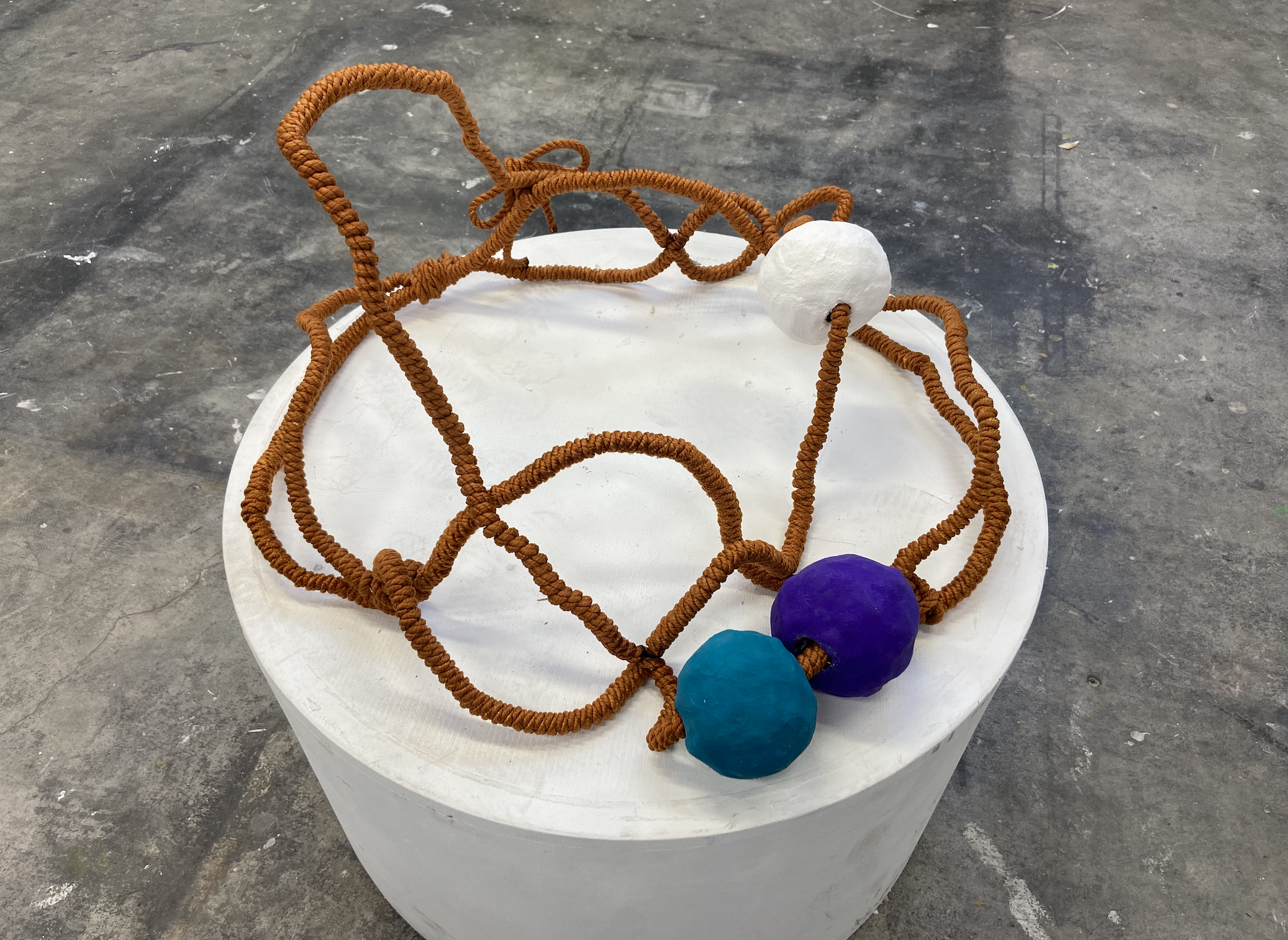 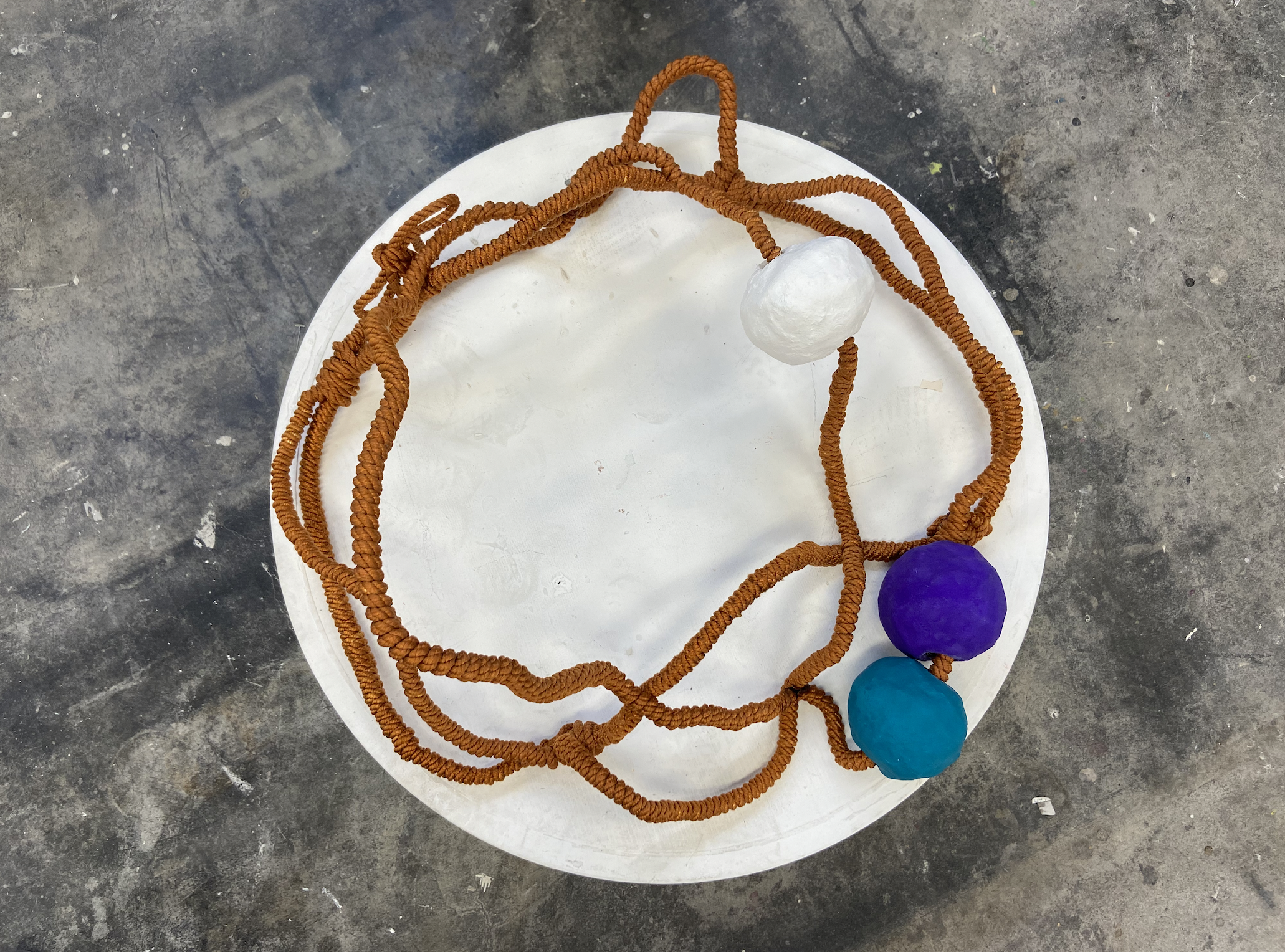 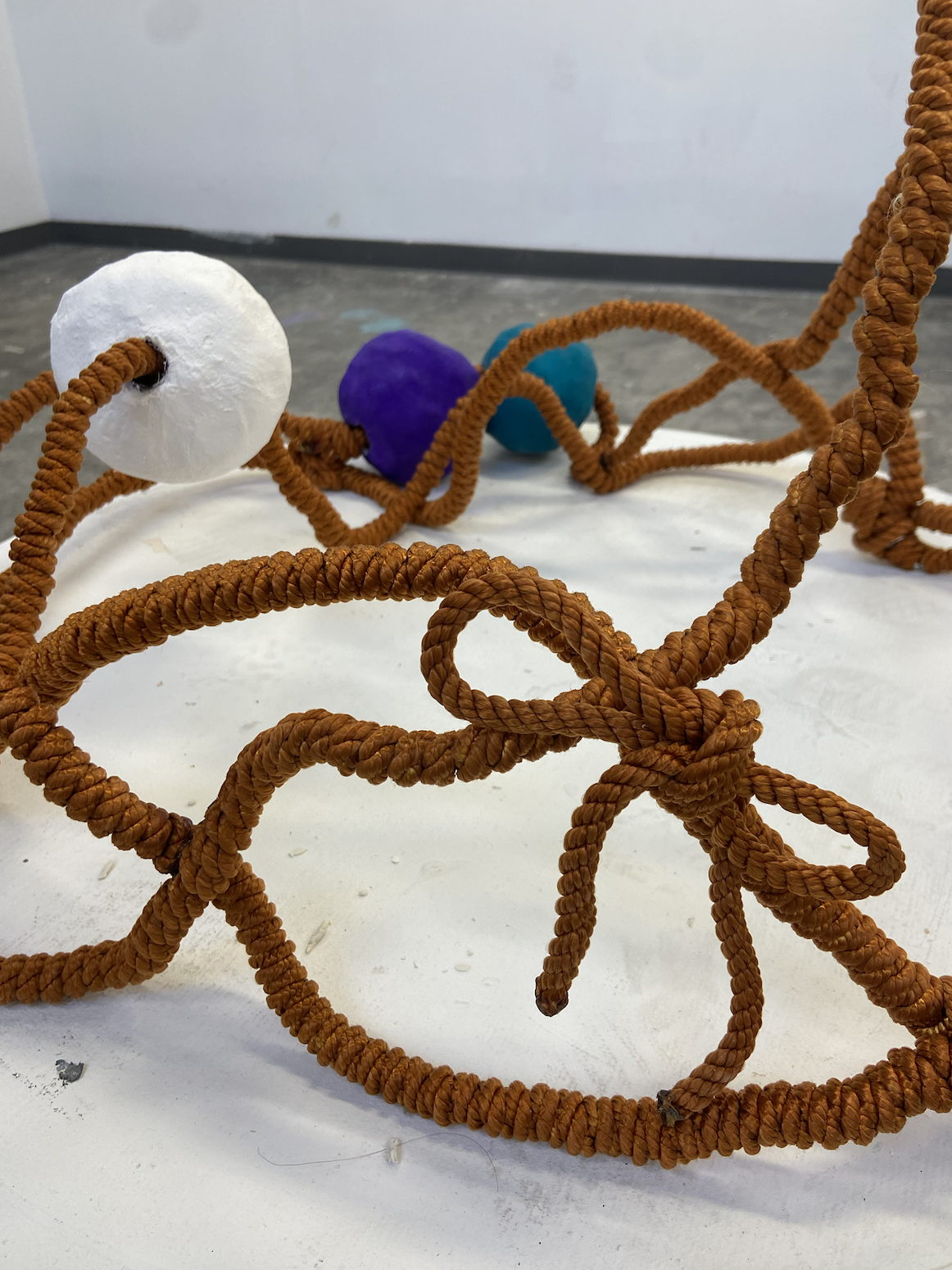 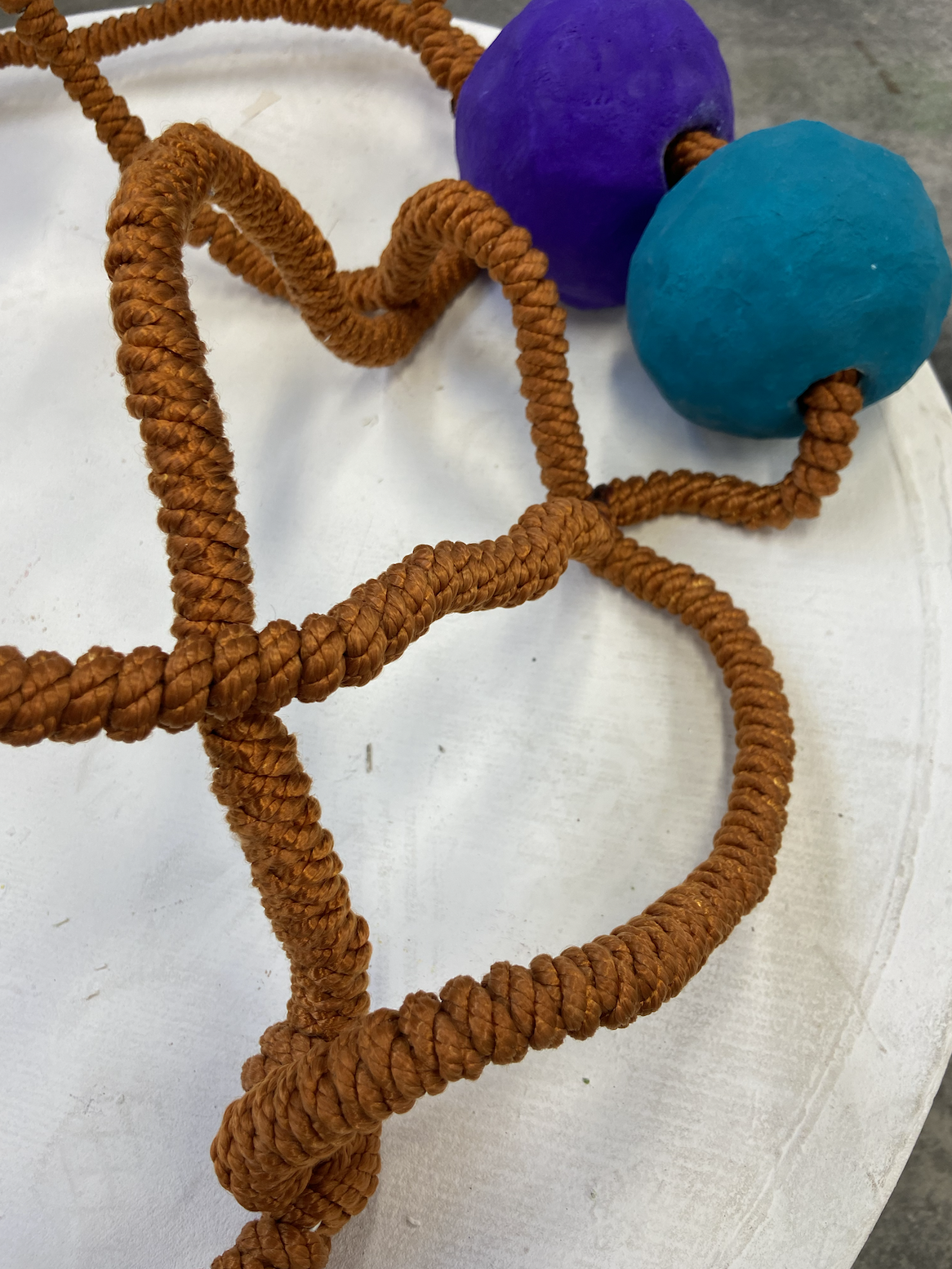 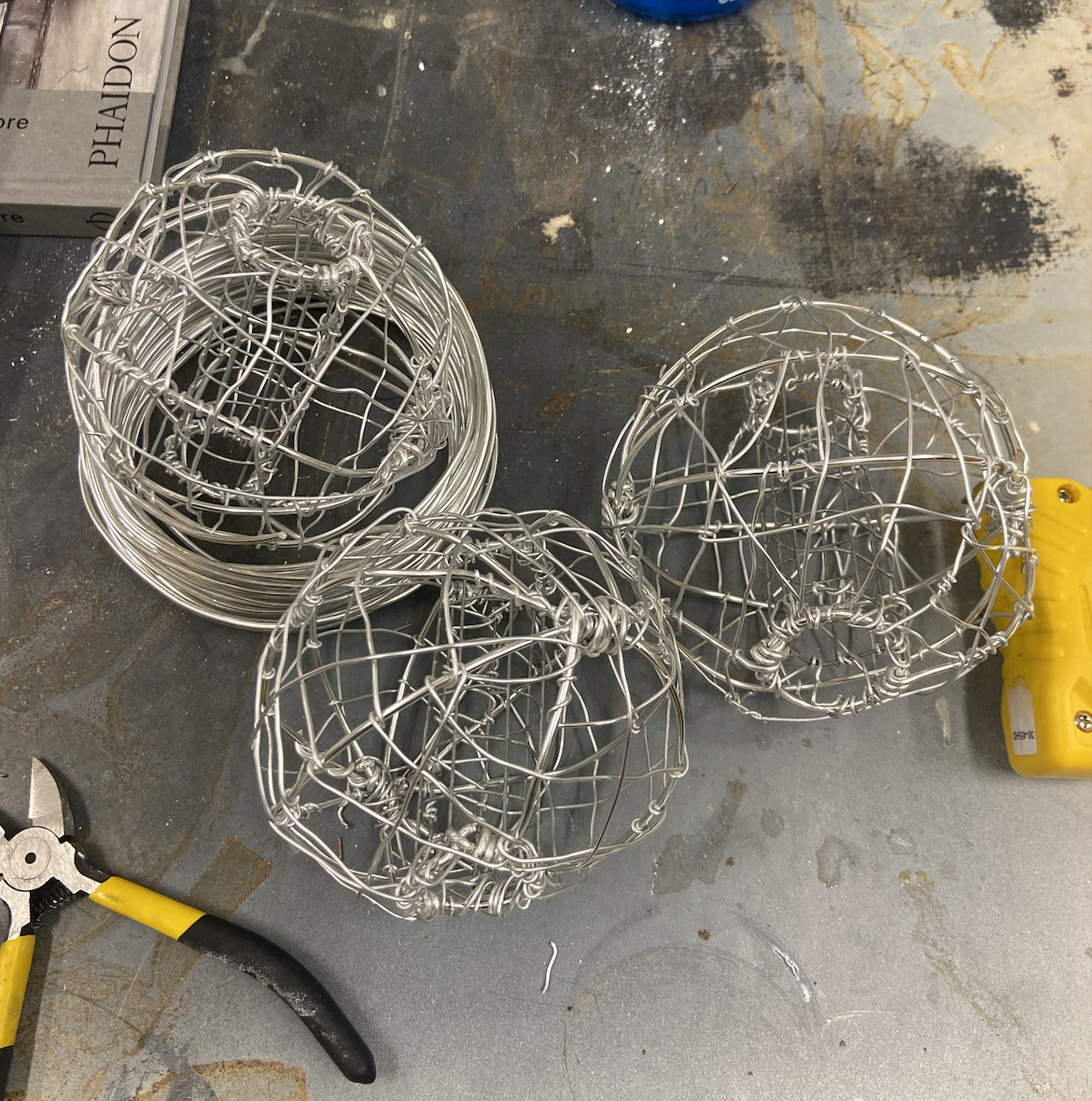 Occasionally, there also are beads and bows that interwoven into the piece, giving another character to the clothing. Inspired by this definition of wearable, I wanted to see how far we can expand on this definition to produce a wearable. I then remembered how I used to play Cat’s Cradle with a simple loop made from a long thread, as well as the diverse patterns it created as different people took turns to move to the next pattern. Patterns is an enlarged version of the starting pattern of Cat’s Cradle game in action, with the beads placed throughout as a unique flavor of this version of Cat’s Cradle.